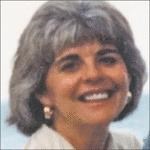 Lorraine Shaw Shumaker, 79, entered eternal rest after a brief illness on November 19, 2021 with her loving husband, cherished son and other very dear family members at her side. Lorraine was a loving, affectionate, and gracious wife and mother. She was born on July 19, 1942 in Montreal Quebec, the daughter of Alexander and Rose Shaw. She attended high school in Montreal and teacher’s college in Quebec. During college she traveled to various destinations. One of her favorite trips took her to Monterey, California, where she met the love of her life, Robert “Bob” Shumaker. They were married on December 28, 1963 at Sailor’s Church, in Montreal, Quebec at which time Bob was a Lieutenant Commander in the U. S. Navy. They began their military life together in La Jolla, California where their only child, Grant, was born on November 13, 1964. Shortly after Grant’s birth Bob was deployed as a Navy fighter pilot in the Vietnam war. On February 11, 1965 Lorraine, only 22 years old, learned that Bob’s plane had been shot down and that he was captured by the North Vietnamese. At that moment Lorraine embraced her faith and maternal responsibilities knowing Bob may not return. During Bob’s captivity Lorraine was a devoted mother engaging her son in many activities that led him into neurosurgery and aviation. Over the years Lorraine received occasional correspondence from Bob or others indicating that he was still alive. She learned that he was being held prisoner at Hoa Lo prison camp in Hanoi, aka the “Hanoi Hilton”, and was confined with others known as the Alcatraz gang. During Bob’s absence Lorraine developed an incredible sense of survival, independence and loyalty while raising their infant son. She never lost hope that Bob would return after the war. On February 11, 1973, eight years after Bob’s capture, her prayers were answered, the war ended, and the POW’s were reunited with their families in a national celebration.

Lorraine lived a joyous and accomplished life and was an inspiration to many others. She was a near master bridge player obtaining over 500 points, but just two points shy of a Master’s recognition. She was an excellent seamstress, and she designed her lovely wardrobe. She was a prolific knitter, crocheter and quilter, crafting beautiful items for herself and others. Lorraine also became a skilled and experienced copilot after obtaining ground school certification. She and Bob enjoyed traveling to many destinations in their homebuilt Glassair II airplane.

Lorraine became a U. S. citizen on August 13, 1997 but always remained proud of her French Canadian heritage. She was an exemplary military wife which entailed many social responsibilities that were expected of an Admiral’s wife. After Bob retired from the Navy their love and joy for life continued to grow. They attended countless charitable events together, military functions, and Navy football games where she enjoyed tailgating with their long time friends and comrades.

Lorraine is survived by her husband RADM Robert Shumaker, their son Dr. Grant Shumaker and his wife Sandy; her sisters Muriel (Doug) McCracken and Gloria (Bill) Becker. Lorraine was preceded in death by her brother Gerald. She is survived by her grand-daughter Emily and her three great grandchildren, Madysen, Sawyer and Reese. She also leaves many cherished extended family members in Canada and throughout the United States.

Her unwaivering love, sincere gratitude, relentless courage, and remarkable sense of humor will be dearly missed by all those who knew her. The family would like to express a special thank you to Dr. Donald Brideau, his nurse Elaina, the Fairfax Inova hospital, and Capital Caring Health Hospice for their exceptional care and compassion.

Visitation will occur on December 9, 2021 from one to four pm at the Fairfax Memorial Funeral Home, 9902 Braddock Rd. Fairfax, VA 22032. Church service will be on December 10, 2021 at 10:30 am at St Mary of Sorrows Catholic church; 10500 Zion Drive, Fairfax, VA 22032. Memorial contributions may be made to Capital Caring Health Hospice, 3180 Fairview Park Dr., Falls Church, VA 22042, or to St Mary of Sorrows Catholic church. Interment will take place on a later date at her final resting place in Arlington National Cemetery.