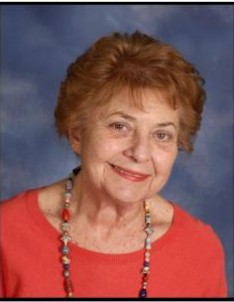 Norma Elizabeth Morganbesser died peacefully at her home at the Goodwin House in Falls Church, Virginia on Monday, August 30, 2021 at the age of 86.

Born Norma Haber in New York City to Louis and Tessie Haber, she grew up in the Bronx. Norma graduated from the City College of New York and became an elementary school teacher in the New York City public school system. Norma married Marvin Morganbesser in 1962 (after meeting him at a dude ranch), and in 1967 she moved – reluctantly – from New York City to Connecticut, residing from 1967-1971 in Wethersfield and from 1971-2010 in West Hartford, which she grew to love. In 2010, following Marvin's retirement from CCIA, they moved to the Goodwin House in Falls Church, Virginia. Norma was an active volunteer in the West Hartford public school system and worked professionally as an elementary school teacher at a Jewish day school in the 1980s. Norma was a devoted and reliable friend, and she thoroughly enjoyed her social life in the Cliffmore-Berwyn neighborhood and at the Farmington Club, where she loved to play tennis. She will always be remembered for her intelligence, strength and fierce loyalty.

Norma was an active bridge player with her husband, Marvin, and following Marvin's death in 2012 she played with many of her friends at the Goodwin House, continuing to play and racking up master points through the weeks and even days before her death. Norma consistently demonstrated a remarkable energy, resilience and love of life, enabling her to survive repeated cancer diagnoses – the earliest in 1988 – in complete defiance of the "odds" (which she just refused to accept).

Norma took great pride in her children and grandchildren, and she loved to follow every detail of their educational, professional, athletic and personal endeavors – and never hesitated to share that pride and those details with others.

A memorial service will be held at Goodwin House Bailey’s Crossroads later in Fall 2021. Donations in memory of Norma Morganbesser may be sent to the Goodwin House Foundation (3111 Fillmore Ave, Alexandria, VA 22311), with the designation, Goodwin House Hospice.